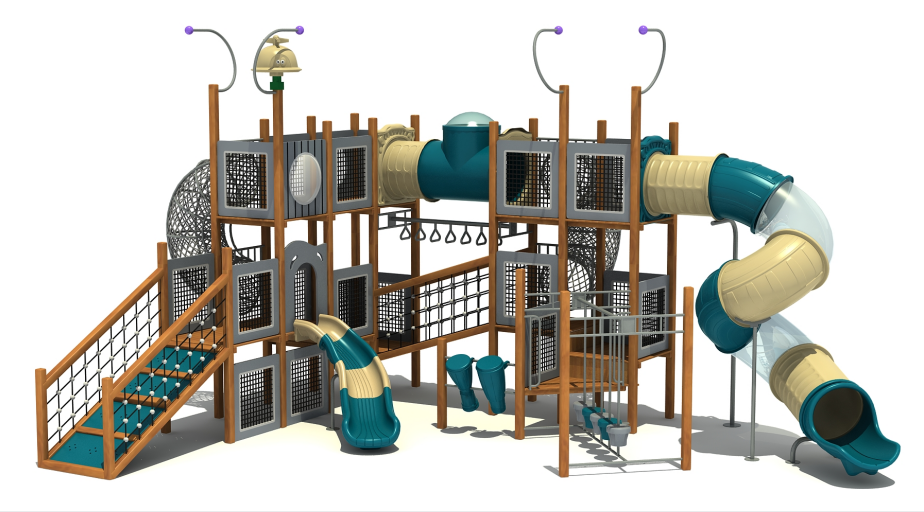 Memories of childhood fun and laughter come flooding back whenever I think back to my youth. Speeding down slides, nearly toppling swing sets, pushing merry-go-rounds to the limit! Good times.

Most all of us have some awesome memories at the playground! But do any of us know what any of the stuff we used to play on was called?

Of course, swing sets and see-saws ring a bell for most of us, but what about the rest of the stuff? Have you ever been to the playground and just wondered, “What the heck is that thing called?”

Yea, we all have.

In this article we’re going to take a look at some of the most common playground equipment so that you’re no longer at a loss for words on your next trip to the playground. Now the next time your kid asks you, “Whats this thing called?” you’ll be able to answer with authority! And you’ll impress all the other parents!

Now just to be thorough, we’ll still cover the basics. Don’t want to leave anything out! 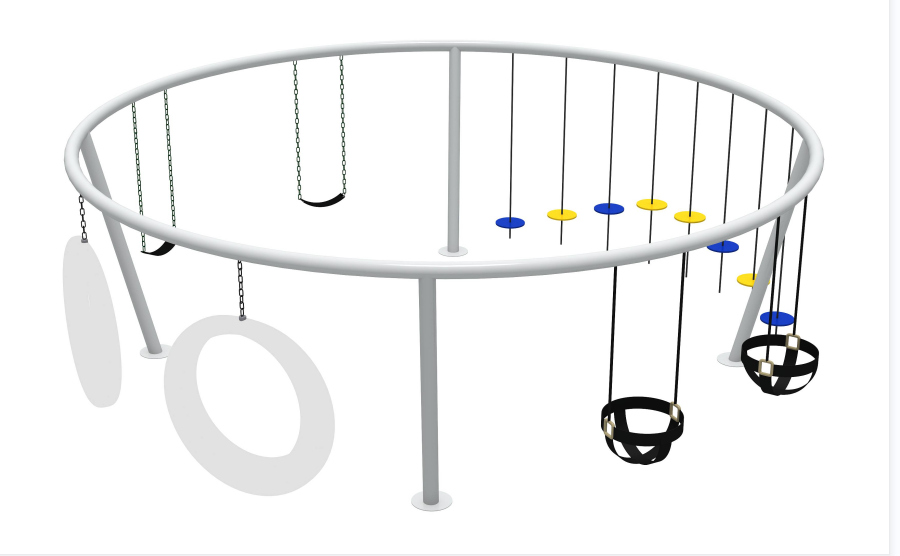 The swing set is pretty much a no brainer. However, not wanting to leave out a classic, I couldn’t compose a list of playground equipment without it.

As far back as the 5th Century B.C, paintings have been found with women and children swinging on swings. Needless to say, swings have been around for a very long time, and really haven’t changed a lot in terms of what they do.

The swing is probably the most iconic figure to outdoor play and without it, no playground would be complete. Swing sets today are available in both wood and metal, each having their own sets of pros and cons. But regardless of what the swing set is made of, they provide just as much fun today as they did when I was a kid. 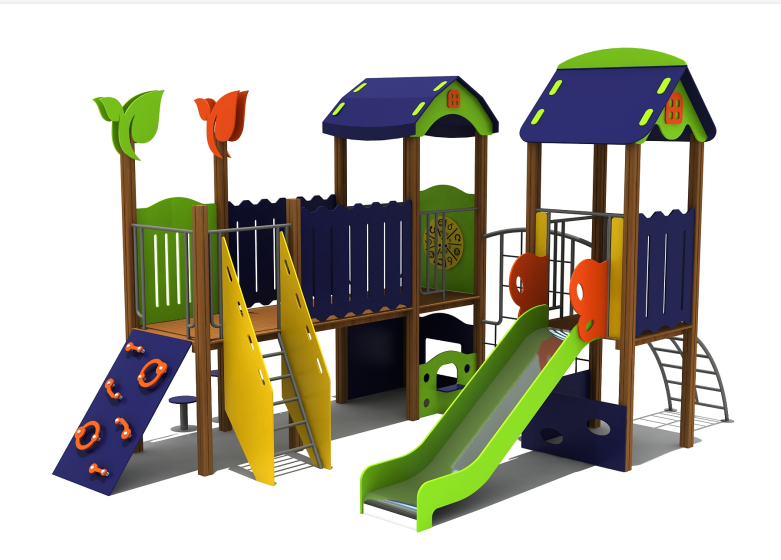 The earliest known playground slide in America was erected in Washington, DC between the years of 1902 and 1903. Since then many different types of slides have come about including the spiral, wave, tube, and drop slides.

I’m sure you all remember the old school slides made of metal that would scorch the back of your legs on a hot day. Well today, most of them are made of heavy duty plastic, so not only are they a lot cooler to the touch, you won’t receive 3rd degree burns when you use them during the summer.

Like the swing set, slides are iconic to the typical playground. And as the old adage goes, the bigger the better! 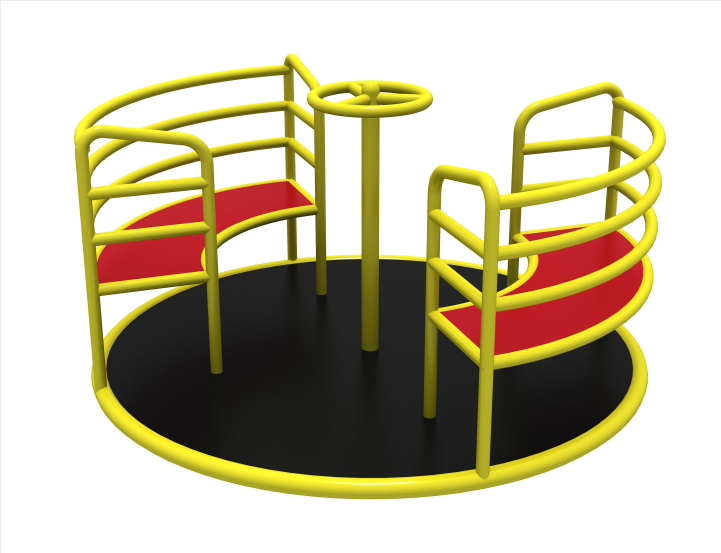 This piece of playground equipment goes by a few different names including the roundabout, merry-go-round, and carousel. Its use, however, is all the same.

The merry-go-round, as I prefer to call it, is a favorite among children who have the need for speed. The harder you can spin the merry-go-round before hopping on the faster you’ll go, of course! The merry-go-round, however, does have some safety concerns attached it. Spin too fast for too long and you’re looking at some serious dizziness, nausea, and possibly vomiting! An awful way to ruin a day at the playground. Use in moderation! 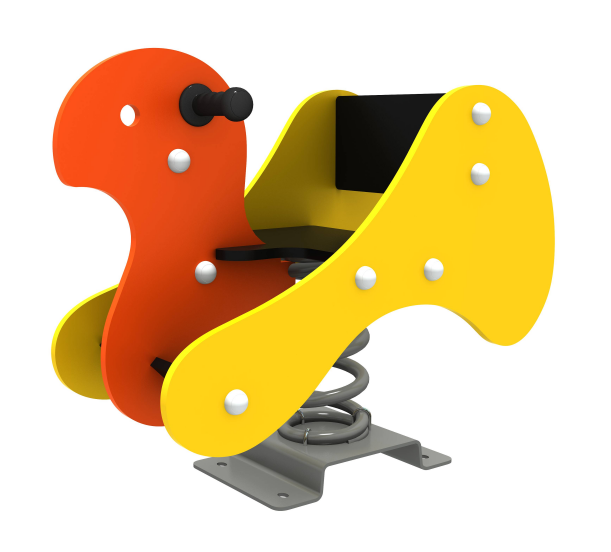 The “little metal pony that goes back and forth” is actually called a spring rider. The one made after the fashion of a horse is the most recognized but spring riders come in many different shapes, sizes, and variations. Spring riders are great for small kids, and if you’re feeling up to you can even DIY one with minimal cost! The spring rider as we know it today was invented in the 1970’s and originates from Denmark. Playground climbers come in many different shapes and sizes. One of the more notable styles is the dome climber. Most climbers are constructed of steel and can last a very long time. Some of the larger ones even have built in nets on the inside just in case of a fall. Playing on a dome climber is a great way for children to build strength and coordination. 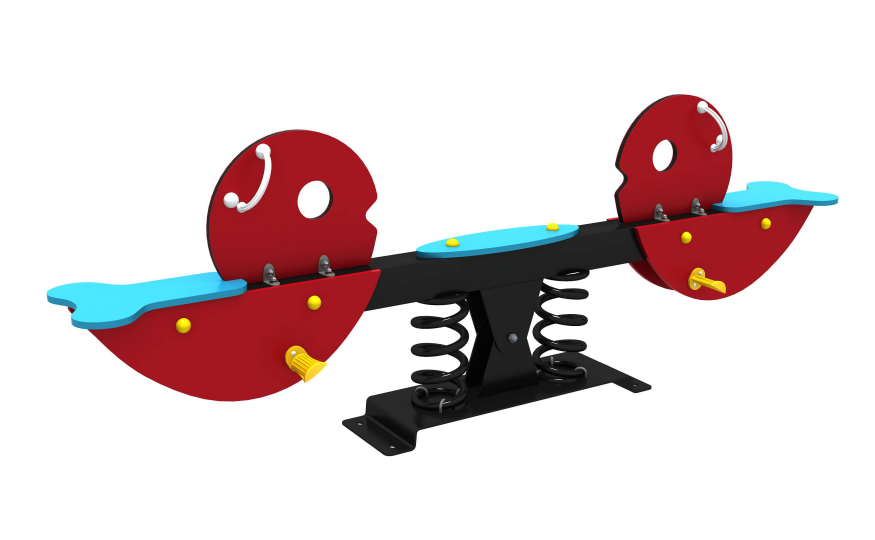 The see-saw is another piece of playground equipment that goes by various names including the teeter-totter and teeterboard. The most basic of see-saws consist of a long plank attached at its center to a pivot point which allows kids to on each side of the board to take turns thrusting themselves up into the air.

Most see-saws, however, are installed over mulch beds, sand, or foam padding due to the fact that a child could be injured if he/she jumped off while in the air. With this being said, parents should supervise children when playing on the see-saw until they have a firm understanding of how to use it safely. 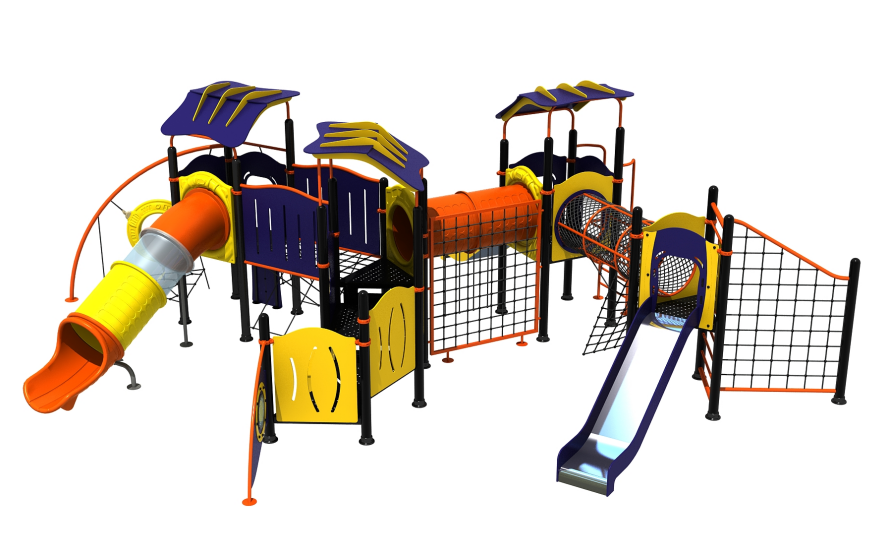 Similar to the dome climber mentioned above, the jungle gym has traditionally been made of steel for increased strength and longevity. However, over the years newer materials have been used including PVC and other plastics, as well as wood and rope variations.

The first jungle gym was invented and patented by a lawyer named Sebastian Hinton, of Chicago, in the year 1920. It was sold under the trademarked name Junglegym. Sebastian’s father had created a similar structure when he was a child made from bamboo.